If Bitcoin (BTC) is the alleged future of money, then what is Ethereum? For someone new to the cryptocurrency space, that’s the logical question to ask, considering they probably see Ethereum and its native Ether (ETH) cryptocurrency next to Bitcoin everywhere on exchanges and in the news. However, it’s not exactly fair to consider Ethereum to be in direct competition with Bitcoin. It has different goals, features and even technology.

Ethereum is a decentralized blockchain network powered by the Ether token that enables users to make transactions, earn interest on their holdings through staking, use and store nonfungible tokens (NFTs), trade cryptocurrencies, play games, use social media and so much more.

Many consider Ethereum to be the internet’s next step. If centralized platforms like Apple’s App Store represent Web 2.0, a decentralized, user-powered network like Ethereum is Web 3.0. This “next-generation web” supports decentralized applications (DApps), decentralized finance (DeFi) and decentralized exchanges (DEXs), for instance.

This guide will provide you insights on the history of Ethereum, ethereum mining, how does Ethereum work, how to buy Ethereum, ETH vs BTC, Ethereum benefits and a glimpse of Ethereum 2.0.

Ethereum wasn’t always the second-largest blockchain project in the world. Vitalik Buterin actually co-created the project to answer for Bitcoin’s shortcomings. Buterin published the Ethereum white paper in 2013, detailing smart contracts — automated immutable “if-then” statements — enabling the development of decentralized applications. While DApp development already existed in the blockchain space, platforms weren’t interoperable. Buterin intended Ethereum to unify them. To him, unifying the way DApps run and interact was the only way to maintain adoption.

Thus, Ethereum 1.0 was born. Think of it as Apple’s App Store: one space for tens of thousands of different applications, all abiding by the same ruleset. Only that ruleset is hardcoded into the network and enforced autonomously with developers able to enforce their own rules within DApps. There isn’t a central party, like with Apple changing and enforcing regulations. Instead, the power is in the hands of the people who act as a community.

The group also founded the Ethereum Foundation in Switzerland with the mission to maintain and develop the network. Soon after, Buterin announced that the foundation would run as a nonprofit, which caused some co-founders to leave.

Over time, developers came to Ethereum with their own decentralized ideas. In 2016, these users founded The DAO, a democratic group that voted on network changes and proposals. The organization was backed by a smart contract and circumvented the need for a CEO heralding power over Ethereum. Instead, a majority needed to vote on changes for them to be implemented.

However, this all went south when an unknown hacker stole $40 million in funds from The DAO’s holdings due to a security exploit. To reverse the theft, The DAO voted to “hard fork” Ethereum, diverging from the old network and upgrading to a new protocol, essentially undergoing a major software update. This new fork retained the name Ethereum, while the original network exists as Ethereum Classic.

How does Ethereum work?

Like Bitcoin, the Ethereum network exists on thousands of computers worldwide, thanks to users participating as “nodes,” rather than a centralized server. This makes the network decentralized and highly immune to attacks, and essentially unable to go down as a result. If one computer goes down, it doesn’t matter because thousands of others are holding the network up.

Ethereum is essentially a single decentralized system that runs a computer called the Ethereum Virtual Machine (EVM). Each node holds a copy of that computer, meaning that any interactions must be verified so everyone can update their copy.

Network interactions are otherwise considered “transactions” and are stored within blocks on the Ethereum blockchain. Miners validate these blocks before committing them to the network and acting as transaction history or a digital ledger. Mining to verify transactions is known as a proof-of-work (PoW) consensus method. Each block has a unique 64-digit code identifying it. Miners commit their computer power to find that code, proving that it’s unique. Their computer power is “proof” of that work, and miners are rewarded in ETH for their efforts.

Also, like Bitcoin, all Ethereum transactions are entirely public. Miners broadcast completed blocks to the rest of the network, confirming the change and adding the blocks to everyone’s copy of the ledger. Confirmed blocks cannot be tampered with, serving as a perfect history of all network transactions.

But, if miners are paid for their work, where does that ETH come from? Each transaction comes with a fee, called “gas,” which is paid by the user initiating the said transaction. That fee is paid to the miner who validates the transaction, incentivizing future mining and ensuring network security. Gas essentially serves as a limit, restricting the number of actions a user can make per transaction. It’s also in place to prevent network spam.

Because ETH is more of a utility token than a token of value, its supply is infinite. Ether consistently enters circulation in the form of miner rewards, and it will with staking rewards as well once the network moves to proof-of-stake (PoS). In theory, Ether will always be in demand, meaning inflation should never devalue the asset beyond use.

Unfortunately for many, Ethereum gas fees can run quite high based on network activity. This is because a block can only hold so much gas which varies based on transaction types and amounts. As a result, miners will choose transactions with the highest gas fees, meaning users are competing to validate transactions first. This competition pushes fees higher and higher, congesting the network during busy times.

Network congestion is a significant problem, though it’s being addressed in Ethereum 2.0 — a complete overhaul that will be discussed as a separate section.

Interacting with Ethereum requires cryptocurrency, which is stored in a wallet. That wallet connects to DApps, acting as a passport for the Ethereum ecosystem. From there, anyone can purchase items, play games, lend money and do all sorts of activities just as they do on the traditional internet. Only, the traditional web is free to users, as they’re giving away personal information. Centralized entities running websites then sell that data to make money.

Cryptocurrency takes the place of data here, meaning users are free to browse and interact anonymously. This also means DApp use is nondiscriminatory. For example, no lending or banking DApp can reject someone based on their race or financial status. An intermediary can’t block what they consider a “suspicious transaction.” Users control what they do and how they do it, which is why many consider Ethereum to be Web 3.0 — the future of web interaction.

What does Ethereum do?

Decentralized finance has arguably been the Ethereum network’s biggest achievement. DApps that can perform several functions within the ecosystem popped up around 2019 to 2020 and are growing in popularity by the day. The more DApps are used, the more the Ethereum network will be used as a result. Ethereum’s DeFi scene is the biggest one out there, with successful DApps bringing more awareness to the platform over the years.

Artists, for example, are making millions of dollars by bringing their work to the blockchain via nonfungible tokens, or NFTs. One might wonder, why buy digital art when we can just screenshot it? Collectors want ownership, that’s why. NFTs also hold proof of ownership and serve as a secure form of storage. It’s basically an all-in-one for collectors, so it’s not hard to see the appeal.

It’s the same reason that one would want the original “Mona Lisa” over just a copy, even if a copy is indistinguishable from the first. NFTs also represent usable items and accessories in online games. Players can decorate their houses and characters with unique assets from artists, providing yet another income stream for creatives.

Developers have built uncensorable social media apps, allowing users to tip one another for content. Games allow users to invest in assets, play to grow them and then sell for a profit, extracting actual value from their game time. There are prediction platforms that reward correct forecasts and freelance platforms that don’t take a huge cut of each payment.

This is all managed autonomously through blockchain and smart contracts, with DeFi putting users more in control of their funds than ever before. 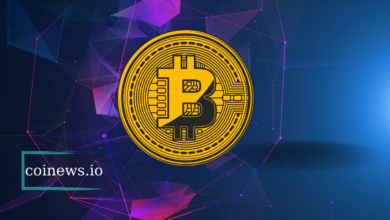 How to Buy Bitcoins Anonymously? 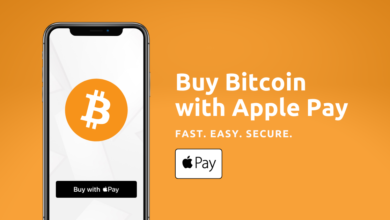 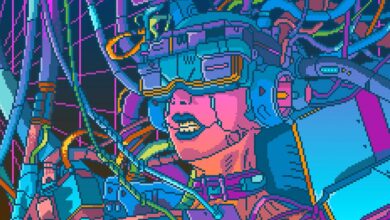