After Bitcoin, Ethereum (ETH) is the second most popular cryptocurrency. Ethereum, which was introduced in 2015 by Vitalik Buterin and Gavin Wood, now accounts for more than 17% of the $1.2 trillion global cryptocurrency market in terms of market valuation.

Ethereum and the original Bitcoin differ in a number of significant ways. Unlike Bitcoin, Ethereum (ETH) aims to be far more than just a means of exchange or a place to store money (BTC). Built on the blockchain, Ethereum is an alternative decentralized computing network.

According to the cryptocurrency, “a global, decentralized platform for money and new sorts of apps,” the Ethereum blockchain supports thousands of gaming and financial applications. Even other cryptocurrency coins function on the network as a result of its popularity.

The blockchain network is the foundation of Ethereum. A decentralized, distributed public ledger where transactions are verified and recorded is called a blockchain. It is distributed in the sense that every member of the Ethereum network has access to the same copy of this ledger, allowing them to see every transaction that has ever taken place. Decentralization is the process of operating and governing a distributed ledger network through the participation of all users, as opposed to a single, centralized entity.

Bitcoin’s primary uses are as a store of value and a kind of digital money. Both a wealth storage and a form of virtual money are possible with ether. However, the Ethereum network’s decentralization also makes it possible to create and use applications, smart contracts, and other network-based transactions. These are not features offered by bitcoin. Furthermore, Ethereum processes transactions more quickly.

He also notes that future developments might make Ethereum transactions even faster. Finally, there is no limit on the potential number of Ether tokens, unlike Bitcoin, which will only print a maximum of 21 million coins. Currently, there are 19 million bitcoins in circulation.

How to Buy Bitcoins Anonymously?

What is Hash Rate? 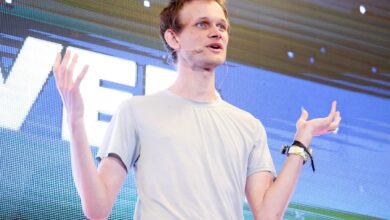